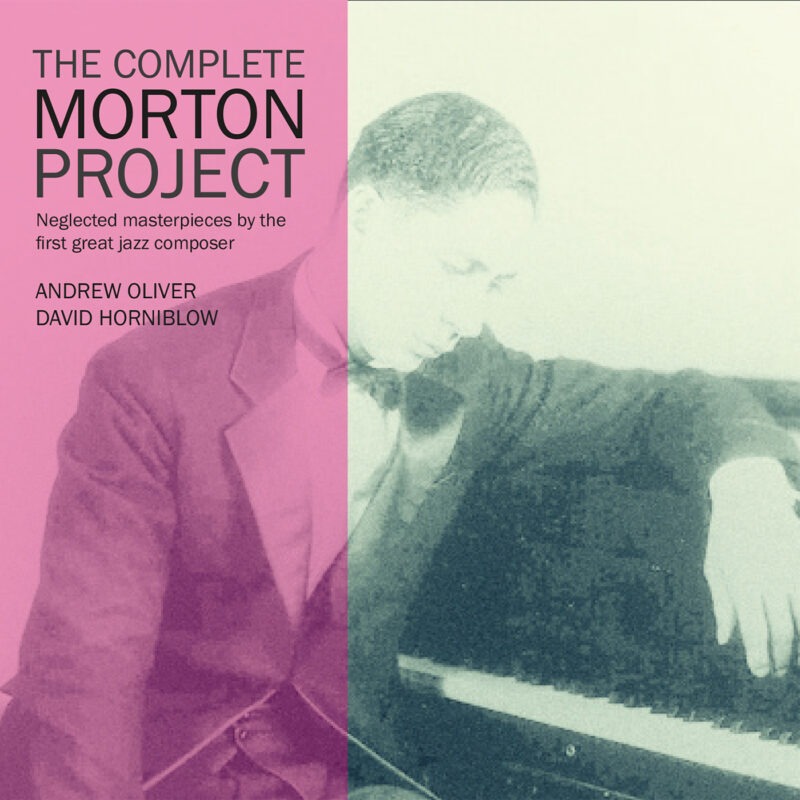 David Horniblow and Andrew Oliver began playing together when Andrew moved to London from Portland, Oregon in 2013 and quickly secured a weekly duo gig during where they learned a lot of Morton’s best known compositions.  They’ve continued to work together frequently in two of London’s most popuar jazz bands The Dime Notes and Vitality Five, and in 2017 as they added yet another fantastic Morton tune to the book of one of the bands, David suggested they should just learn them all!  They started recording YouTube videos and posting them at a rate of two per week, with a goal to record and post all 93 tunes during 2018.  SEE THEM ALL HERE youtube.com/the-complete-morton-project
Despite a fair bit of stress later in the year, they managed to complete this goal and decided to put down some of their favorites in the studio for this album.  The Complete Morton Project is a cross section with a few well-known tunes and a lot of lesser-played ones demonstrating the full range of Morton’s compositional style and featuring David on bass clarinet and bass sax in addition to clarinet for some added textures.